Stoicism is a pretty big tradition, and one can’t fully defend it (or debunk it) without addressing a rather long list of questions and counter-objections (I gave the beginnings of such a list in this post).

But if I had to choose just two arguments, one for and one against, I’d go with these two:

BEST ARGUMENT FOR: Socrates on the highest good

In my opinion, the best way to start arguing for Stoicism is to focus on its ultimate, driving goal: moral excellence. How can it be that, as the Stoics claim, “virtue is the highest (and only) good?”

There are several related ways to justify this position. A few different approaches are popular today:

These approaches ultimately harken back to the distinctively Stoic developmental theory of human psychology (oikeiosis): the story they tell about how we are born with certain motivations toward security and pleasure, which ultimate grow into a pro-social affection for our fellow human beings, and finally virtue itself.

There is another, simpler argument, however, that originally inspired all the other approaches to Stoic ethics. Socrates argues in Euthydemus that a good moral character is the only thing that can possibly be considered inherently good, irrespective of context. The spirit of the argument looks like this:

We could go on, but you get the point. We eliminate all the possibilities, until we realize that good character passes the test: it is always desirable, no matter what.

Is this argument bulletproof? Maybe not. The “X can’t be good because evil people enjoy X” part seems a bit circular, and the Epicureans also taught that pleasure had to be moderated by wisdom—but they clearly didn’t think that that invalidated their belief in pleasure as the highest good.

But Socrates’ simple argument is at least an elegant first step toward recognizing that virtue—rational agency, moral excellence, good decision-making directed at human flourishing—is the only thing that deserves to be called our highest and overarching aim in life, or our telos (as Aristotle would say).

BEST ARGUMENT AGAINST: The value of emotions—and compassion

When you combine the Stoics’ beliefs about virtue with their belief that (at least some of) our emotions arise directly from cognitive beliefs (their stance here has a lot in common with the approach taken by modern Cognitive-Behavioral Therapy), you get the famous Stoic doctrine of apatheia: we should avoid emotions that arise from an attachment to external things.

Apatheia is a complex topic, in no small part because almost every word in any definition of it is ambiguous (What kinds of emotions are we referring to? What distinguishes a good emotion from a bad one? What do we mean by “attachment?” Are there good attachments or are they all bad? How can we choose to avoid an emotion?).

But after all the details and kinks are worked out, the fact remains that the Stoics ask us to tame (even eliminate) certain emotions, and to direct as much of our emotional energy as we can at things that are within our control—so not wealth, safety, our loved ones (!), or other external outcomes. The Sage might still get emotional about doing her best to “promote” valuable outcomes (such as wealth, security, and kindness for our love ones), but in many ways she limits her emotional attachments for the external things themselves.

The issue becomes especially urgent if we frame it in terms of compassion: isn’t it our moral duty to feel compassion and empathy for others?

One of the first surviving objections to the Stoic view of emotions came from the Academic philosopher Crantor in the 3rd or 4th century B.C.E.:

I cannot by any means agree with those who extol some kind of impassivity (apatheia). Such a thing is neither possible nor beneficial. I do not wish to be ill, but if I am, and if some part of my body is to be cut open or even amputated, let me feel it. This absence of pain comes at a high price: it means being numb in body, and in mind scarcely human.

Now, we know that later Stoics, at least, left plenty of room for pre-cognitive emotional reactions to pain and other sudden events—what they called “proto-passions”—so if we leave Cantor’s argument as is, it isn’t much of a threat to Stoic views.

But we can certainly all sympathize with a version of Cantor’s protest: if the cost of freedom is that we remove our capacity to feel at its very root, then isn’t the price too high? Haven’t we given up something essential to our humanity? To our morality?

Today, the famous classicist Martha Nussbaum has been one of Stoicism’s most direct critics on this front. In particular, in her 1994 book The Therapy of Desire, she uses a story from Elie Wiesel’s experience in the Buchenwald concentration camp to illustrate the challenge that emotions play for Stoic social ethics (p. 403, emphasis mine):

Wiesel was a child in one of the Nazi death camps. On the day the Allied forces arrived, the first member of the liberating army he saw was a very large black officer. Walking into the camp and seeing what was there to be seen, this man began to curse, shouting at the top of his voice. As the child Wiesel watched, he went on shouting and cursing for a very long time. And the child Wiesel thought, watching him, now humanity has come back. Now, with that anger, humanity has come back…

Wiesel’s soldier was no Stoic. But it was just on account of the extremity of his justified rage that the child Wiesel saw him as a messenger of humanity. Seneca’s treatise [De Ira] urges the extirpation of anger. It ends with the famous injunction “Let us cultivate humanity.” Colamus humanitatem . . . . Can the Stoic have humanity while losing rage? 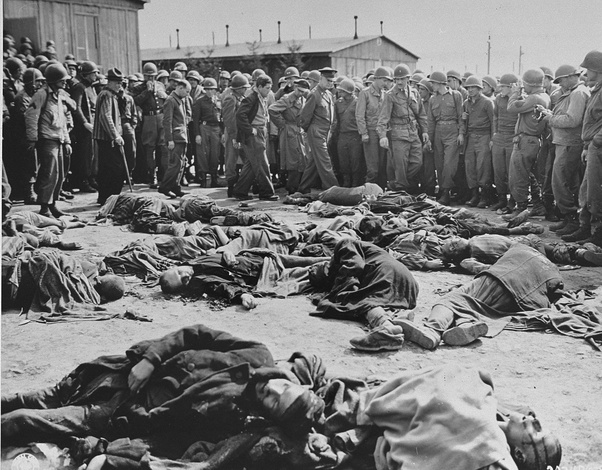 Nussbaum has become more sympathetic to Stoicism (and in particular the Stoic view of anger) in her more recent work, but she still believes that the full Stoic view of emotions robs us of a desirable capacity to feel empathy for the plight of others, and to grieve appropriately for injuries to human flourishing.

Stoics have counter-arguments and defenses to this argument (Lawrence Becker argues, for instance, that the officer’s behavior at Buchenwald may actually be perfectly compatible with Stoicism). But the very fact that I personally, as a practicing Stoic, find myself coming back to Nussbaum again and again to debate and wrestle with her argument and to refine my view of Stoicism against it suggests to me that she has powerfully expressed one of the most important (and oldest) counter-arguments Stoicism has ever faced.

Some self-professed modern Stoics even argue that we need to fundamentally modify Stoicism in response to modern atrocities like the Holocaust. Others (myself included) feel that Stoic tradition already has more than enough resources to offer a viable theory of compassion, though we might need to put some work into developing those aspects of the philosophy further.

2 thoughts on “The Best Argument Against (and for) Stoicism”