Life is like a play: it matters not how long the show goes on but by how well it is acted. It makes no difference where you stop. Stop wherever you please; just make the ending a good one.

The ancient Stoics rejected a permanent afterlife, and were agnostic about even any kind of temporary afterlife. The afterlife did not play any role at all in their value system or the argument they made for their ethics.

In fact, the opposite is true: it is specifically because we will all die and we don’t know what happens after death that the Stoic life is so urgently needed.

Do not act as if you had ten thousand years to live. The inescapable is hanging over your head. While you have life in you, while you still can, make yourself good.

We believe too many of the stories about death.

All Stoics whose writings survive were skeptical of Greco-Roman mythology. They said that Hades and the tales of Tantalus and Sisyphus, among others, were little more than a fairy tales.

The rejection of the ancient myths was so pervasive among ancient philosophers that when Cicero wrote a dialogue on theories of the afterlife, his characters only pause briefly to make fun of mythology before moving on to theories they viewed as more serious:

A. Do you take me to be so imbecile as to give credit to such things?

M. What? do you not believe them?

A. Not in the least.

M. I am sorry to hear that.

M. Because I could have been very eloquent in speaking against them.

A. And who could not on such a subject? or, what trouble is it to refute these monstrous inventions of the poets and painters?

M. And yet you have books of philosophers full of arguments against these.

A. A great waste of time, truly! for, who is so weak as to be concerned about them? 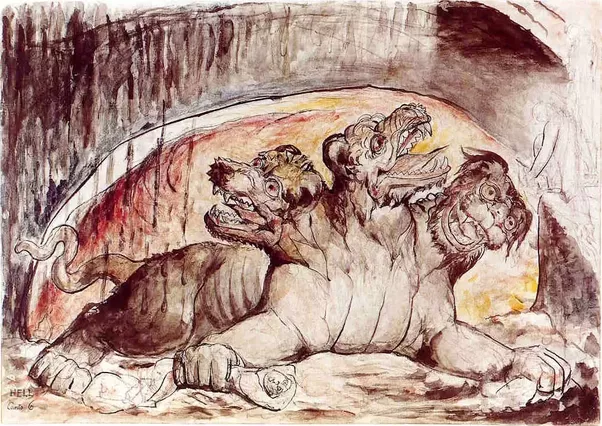 (The tale of Cerberus in the underworld is one of the myths that Cicero ridiculed.)

Just because they rejected mythology doesn’t immediately mean they rejected the afterlife, however. Ancient Greco-Roman philosophers did in fact believe in a lot of religious ideas that we associate with divine revelation today, but they supported them through philosophical arguments rather than appeals to tradition, myth, or prophecy. This was called natural theology. Platonists, for example, had an elaborate theory of the afterlife which they supported with arguments about physics, consciousness, and the soul.

The Stoics disagreed with the Platonists here. Unlike Plato, they did not believe in the existence of spiritual or incorporeal souls. They believed that souls are made of matter (albeit a very special kind of matter), and thus could be destroyed.

All Stoics believed that we cease to exist when the fiery matter that makes up our soul (pneuma) dissipates upon our death. They were uncertain, however, about exactly when that dissipation happened:

Some Stoics believed that the elements of our soul could keep their structure and outlive the body for a short time. Cleanthes and Chrysippus even believed that the soul could last as long as the universe—but even they agree that we cease to exist when the universe ultimately collapses back onto itself in the conflagration. Boethus and Panaetius believed in an eternal universe, but Panaetius still affirmed that souls do die (I’m not sure about Boethus).

They allow the soul to exist a great while, but are against its eternity…

Are you willing to hear then why, even allowing this, death cannot be an evil?

In practice, the Stoics seem to have treated these ideas as highly speculative, and they admitted that it is very likely that we cease to exist when our bodies die (“If souls continue to exist,” asks Marcus incredulously, “how does the air contain them from eternity?”—Meditations, 4.21). As a result, their ideas about souls that persist after death had little impact on Stoic ethics. Either way, the matter that makes up our consciousness is scattered, and while it remains a part of the pantheistic and impersonal Logos or “World-Soul” that permeates and rationally orders the universe, all of our thoughts and identity are completely lost.

To say all in a word, everything which belongs to the body is a stream, and what belongs to the soul is a dream and vapour, and life is a warfare and a stranger’s sojourn, and after-fame is oblivion. What then is that which is able to conduct a man? One thing and only one, philosophy.

As to sources, much of what we know about early Stoic views of the afterlife comes from Diogonese Laertius’ summary of Stoic physics. Cicero also talks some about it in the first book of the Tusculan Disputations, but his focus there is mostly on Platonism. Most of the claims I’ve made in this section come straight from these two works.

“CALL YOUR MOM!”—LIVING EACH DAY AS IF IT WERE YOUR LAST

For a Stoic, the value of life comes from whether it is lived excellently—courageously, temperately, justly, and prudently. This, they believe, is what it means to have a life worth living.

Their ethics was a breed of ethical naturalism: values and morals are derived from facts about human nature and about the cosmic Logos of which our mind is a part. Their virtue ethics was famously derived from a developmental theory of human nature that emphasizes the desires, social affection, and potential for excellence that humans come built with. And while their notion of the divine, Provident World-Soul of which we and our lives are one small part did help support and reinforce their ethics, Stoic theology had no notion of reward or punishment after death.

This is because morality is never treated as a means to an end in Stoic ethics, but always as an end in itself, synonymous with Happiness in its strongest and most genuine sense. When we fail to live excellently, or when we fall into irrational vices like injustice or avarice, then we are wretched. Having a vicious character is the worst fate we could ever receive—the only thing truly bad. Virtue, on the other hand, is its own reward: the highest and only good in life.

Fear of death is something to be overcome, not by promises of an afterlife, but by coming to terms with the fact that no amount of life (or other external goods) can make us Happy (in the Greek sense of eudaemonia, a life worth living): humans are at their best when they live well. Living long is not always a good thing, and thus it is at best a preferred indifferent (see this post for more on why Stoics value moral excellence more than anything else). 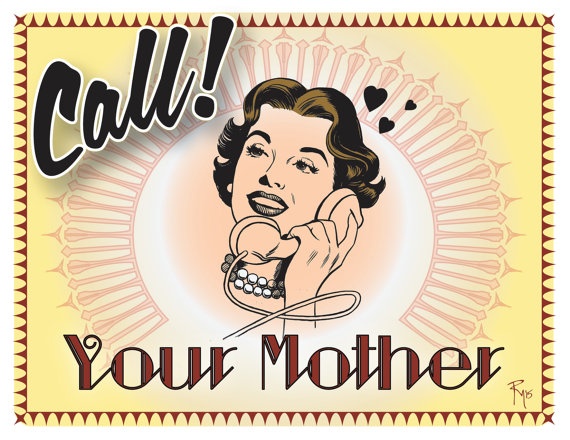 (Image is from a greeting card offer on etsy.)

In the Roman Stoics, these insights often take the form of an intensely urgent call to self-betterment. Seneca’s letters open, for instance, with the notion that we “die daily” and need to manage our time well:

What man can you show me who places any value on his time, who reckons the worth of each day, who understands that he is dying daily? For we are mistaken when we look forward to death; the major portion of death has already passed. Whatever years be behind us are in death’s hands.

A common theme across Stoic writers is to live each day like your last. For Stoics, this isn’t meant to suggest a hedonistic YOLO attitude, but rather to inspire you to spend your time on things that really matter (modern Stoics sometimes like to rephrase this as the “call your mom!” aspect of the philosophy):

If my life’s span is cut short, I will not say that I have missed anything contributing to happiness. I have not prepared myself for living right up to the last day that I have greedily hoped for, but rather, I have treated every day as if it were my last.

Seneca’s letters as a good source for the therapeutic aspects of the Stoic thought to death. You might start with letters 1, 4, 62, 82, and 93, for instance (though death is a major them of Seneca’s letters as a whole). Seneca’s emphasis is usually on overcoming the fear of death—courage being one aspect of Stoic virtue ethics.

Every moment think steadily as a Roman and a man to do what thou hast in hand with perfect and simple dignity, and feeling of affection, and freedom, and justice, and to give thyself relief from all other thoughts. And thou wilt give thyself relief if thou doest every act of thy life as if it were the last, laying aside all carelessness and passionate aversion from the commands of reason, and all hypocrisy, and self-love, and discontent with the portion which has been given to thee. Thou seest how few the things are, the which if a man lays hold of, he is able to live a life which flows in quiet, and is like the existence of the gods; for the gods on their part will require nothing more from him who observes these things.

Later Christian thinkers such as St. Augustine were critical of the Stoic approach to death. Augustine felt that the Christian notion of sublime happiness in the afterlife offered a much more fulfilling and complete picture of human well-being than could be found in the Stoics’ narrow emphasis on moral excellence and good character in this life.

I am at a loss to understand how the Stoic philosophers can presume to say that these are no ills. 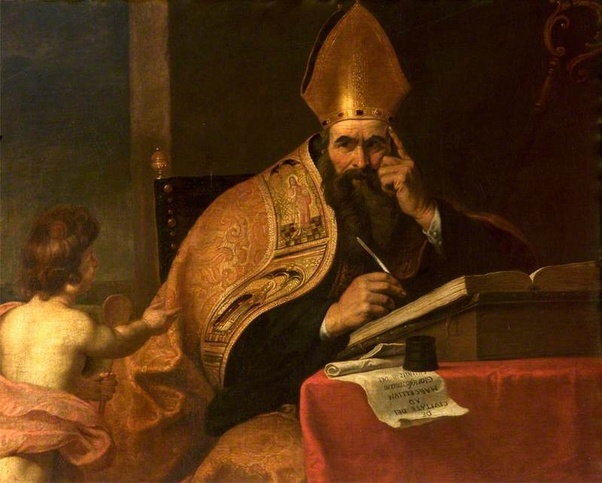 (St. Augustine criticized the Stoics for being content to pursue happiness in this life.)

If any Stoics were still living in the Roman Empire when Augustine was writing, they probably would have replied to him the same way they replied to everything else: by emphasizing that no philosophy that sets anything besides virtue and moral worth as its driving goal can offer a rational and morally sound account of human life.