LOOKING FOR AN ETHICAL TRADITION

I came to Stoicism as an atheist and former Christian looking for a well-developed ethical system that could give me a way to “do work on myself” on a regular basis—or “spiritual exercise” (to use Pierre Hadot’s lovely term).

Do not act as if you had ten thousand years to live. The inescapable is hanging over your head. While you still can, while you have life in you, make yourself good.

I like the idea that personal growth can be a training process (askesis in Greek—the root of “ascetic”), just as intentional and intense as athletic training. So I’m attracted to the idea of building self-discipline, studying practical inspirational texts, and trying to develop moral character through the steady accumulation of good habits. 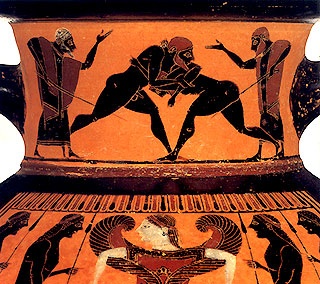 (The Stoics often compared ethics to training for an olympic competition.)

Just like with physical exercise, though, it can be hard to develop focused goals, stay motivated, and make actual progress unless you have a personal trainer or follow a well-defined training program.

For agnostics and atheists today, there are not very many systems that offer a practice like this. As Alain de Botton has argued in his popular Religion for Atheists, we’ve basically allowed religion to have a monopoly over spiritual training. The closest options left for agnostics are

Despite the best efforts of some authors, none of these really gave me the kind of “training system” I was looking for, personally.

But when I read Massimo Pigliucci’s viral NYT article on “How to Be a Stoic,” (now an excellent book by the same name), I knew I’d encountered something special.

I had read parts of Epictetus and Marcus Aurelius before. But like most people, my early exposure to the Stoic writers left me with the impression that they were a pretty cheerless, risk-averse bunch who suppressed their emotions and had strangely stiff notions of what “appropriate” behavior ought to be. Sure, Stoics engage in moral training—but their goals and values seemed to be very different from mine. 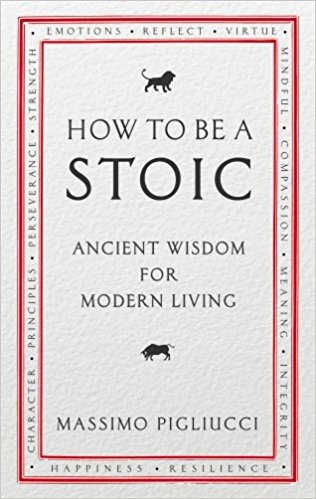 Armed with these new interpretations, I returned to the ancient texts, and specifically Seneca’s Letters to Lucilius. Seneca is much more intentional than the other surviving Stoic authors about explaining Stoic beliefs (rather than assuming you already know them) and, more importantly, preempting objections that readers might have to Stoic ideas and making clear that Stoicism is humane, affectionate, and accepts many of our natural human emotions just as they are.

WRESTLING WITH A TRADITION

I say that reading Seneca is what converted me into a “Stoic” (or, more accurately, a prokopton—one who makes progress). But that doesn’t mean I don’t continue to wrestle with Stoic doctrines and find new ways to come to terms with (or modify) the ancient ideas.

Even if you accept the most humane and charitable interpretations of Stoic ideas, there are some challenges to get through. Every modern Stoic has to come up with a way of interpreting the philosophy’s core value system that is both personally meaningful to them and makes enough sense that it feels defensible.

The key ideas of Stoic ethics are easy enough to state, but there is more than one way to interpret and make sense of them:

These positions immediately raise a whole slew of questions:

As an atheistic/agnostic Stoic, moreover, I have an additional hurdle to cross in explaining how I can call myself a Stoic, given that the ancient Stoics were pantheists who saw their ethics as being rooted, not in divine revelation per se, but in a Providential understanding of the cosmos. Like agnostic Buddhists, agnostic Stoics are embroiled in a big controversy over what really defines the core or “spirit” of their chosen moniker.

Stoics (ancient or modern) have answers to all of these questions (often quite good answers). External things aren’t actually valueless in Stoic theory, for example—we have to care about them in order to exercise virtue, benefit others, and take care of ourselves. And Stoics don’t oppose all emotions, it turns out—they have a long list of “healthy passions” that they say are good and desirable. And personally, I am particularly passionate about reversing Stoicism’s reputation for being socially disengaged (see, for instance, the Stoics for Justice reading list).

But there are often multiple ways to respond to these questions. Each individual and author will have a slightly different take. Sometimes we leverage ancient authors and classical scholarship to show that the original Stoic view is reasonable and humane, and at other times we explicitly diverge from them to create a new variation on the Stoic tradition.

This is partly because Stoicism, like any of the ancient Socratic schools, is a dynamic and self-critical tradition. Modern Stoics take a lot of comfort in Seneca’s frequent insistence that philosophy ought to be open to revision and correction:

Shall I not follow in the footsteps of my predecessors? I shall indeed use the old road, but if I find one that makes a shorter cut and is smoother to travel, I shall open the new road. Men who have made these discoveries before us are not ourmasters, but our guides. Truth lies open for all; it has not yet been monopolized.

2 thoughts on “Why I Became a Modern Stoic”